This meeting will be held at the Spetses Hotel and the “Anargyrios College” located at the Island of Spetses-Greece.

All lectures will take place at the amphitheater of the “Anargyrios College” with capacity of about 200 persons. Venue offers the appropriate equipment for all the needs of the scientific part of the course (projectors, computers, technical support, etc).

Lunches, welcome reception and dinners will be hosted at Hotel Spetses, which is closely located (within short walking distance). This Hotel provides a very friendly atmosphere suitable for interaction between participants and speakers as well as for the Speakers’ corner.

Location: The Island of Spetses

Spetses Island has a long tradition of academic tourism, every year it attracts a serious number of academic and research bodies/organizations.

The historic character of Spetses has left a lasting imprint on every corner of the island. It is not surprising that great men of intellect, both Greek and foreign, have loved, lived and drew inspiration from Spetses, contributing largely to the island's cultural and artistic boom.

The island has 4,100 inhabitants that live in the town of Spetses. The name of the island during antiquity was Pityousa, meaning pine-forested island. This name was probably used for 3,000 years until the Early Byzantine period. Its modern name probably comes from the Venetians, who called the island Isola di Spezzie, that is the island of fragrances, due to its plentiful aromatic plants.

Numerous visitors, Greeks and foreigners, come at Spetses every September to attend the glorious celebrations of Armata", that last for a week, and are being organized in memory of the sea battle of Spetses (8 September 1822). 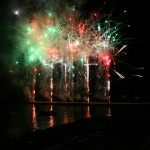 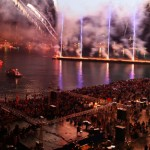 The annual reenactment of this ship-battle is dramatized in the island of Spetses and specifically at the entrance of the Main Harbor every September 8th, or at the closest Saturday to this date. The reenactment is consisted mostly by setting fire to a model of the Turkish flag-ship.

It is strongly believed that the good result of the battle was very much due to the help of Virgin Mary, as it happened on the same day of Her Holiday. Thus, the festival of the reenactment was named after the local holiday of Virgin Mary, “Armata”. 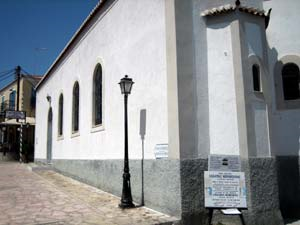 The contribution of the island in the Greek Revolution has been identified with the action of the heroine Laskarina Bouboulinas. She is the woman that consecrate ones life to the fight for the freedom. The mansion house of the captain woman, as the local habitants called her, functions from her descendants as museum.
The visitor has the opportunity to be informed, from the guide, the facts of life of Bouboulinas, from then that she was born in a Turkish prison, her initiation to the Friendly Company (Filiki Etairia), her action during the fight, and finally her inglorious death. The heroine was killed during a familial conflict in her house.
Also the visitor will see the house in which lived Laskarina and many personal belongings of her.

We use cookies on our website. Some of them are essential for the operation of the site, while others help us to improve this site and the user experience (tracking cookies). You can decide for yourself whether you want to allow cookies or not. Please note that if you reject them, you may not be able to use all the functionalities of the site.